We took a brief post-Christmas pause before the New Year to test out the new to us pop-up camper.  This was to be the boys first camping excursion so we did not stray too far from home.  Guadalupe River State Park was our destination and its location just upriver from Canyon Lake was perfect for the maiden voyage.

The park was surprisingly busy this time of year.  The afternoon we arrived there was already a short line of campers waiting to check in.  Once we received our site number we headed out from the ranger station to find where we would be spending the next 24 hours.

We set up camp efficiently and then headed out for a brief hike before nightfall.  Guadalupe River State Park has trails that take you through alternating wooded areas and undulating grassy fields as well as trails that follow the river. 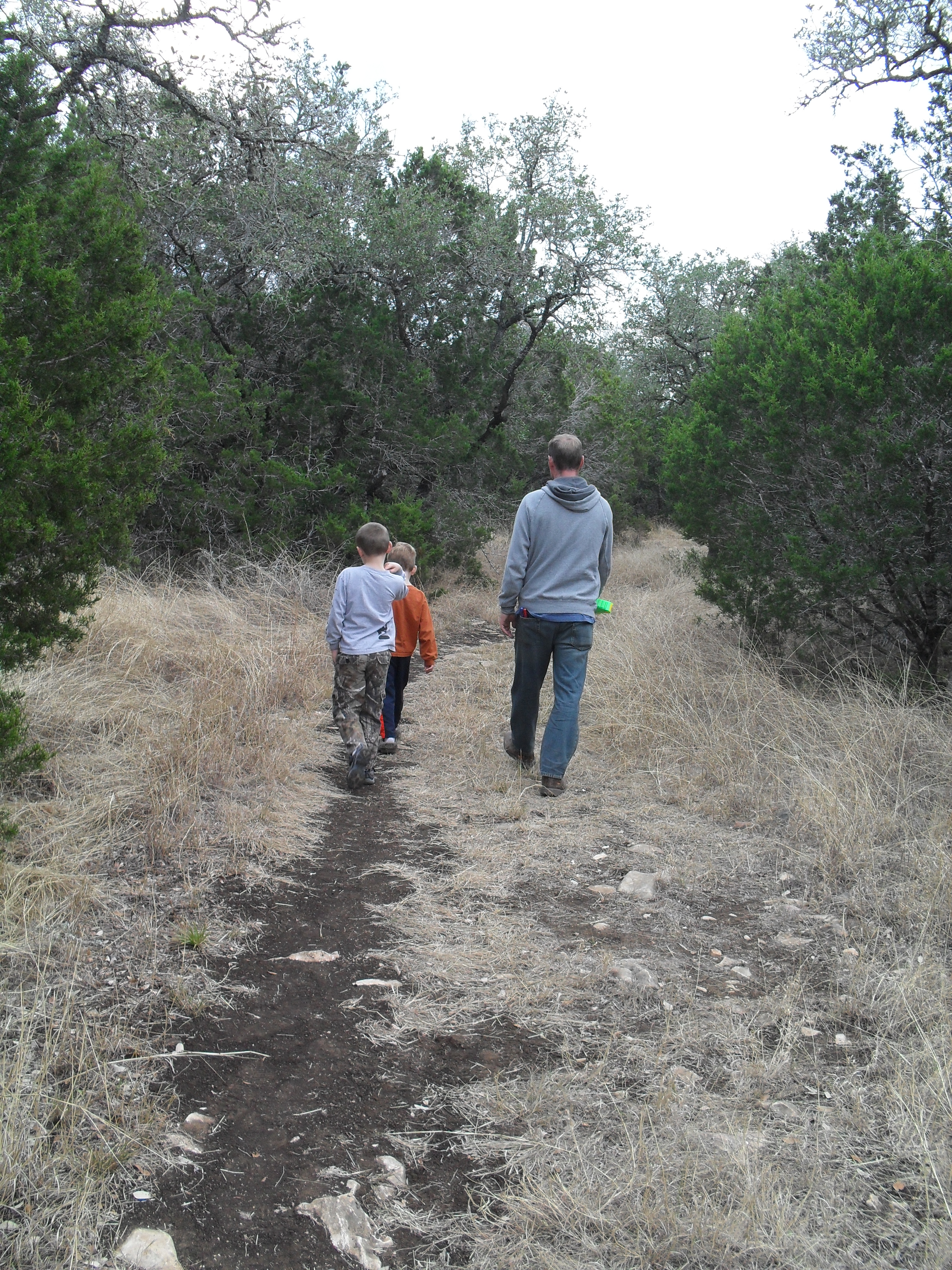 It was while hiking the trail pictured here that we saw our first of many armadillos.  They are quite noisy creatures for their small size.  You actually hear them before you see them.

We did not see any whitetail deer, however there were numerous hunting blinds set up in this section of the park.  Many of the state parks close periodically in December and January for hunts as a way to maintain the deer population.

We made it back to camp before nightfall ( a good thing) and played a game of Scrabble before dinner.

After turning in I noticed how quiet this park is.  The campsites were large and spaced far enough from each other so that disturbances were minimal.

Morning came quickly and we cooked breakfast tacos and made preparations for our hike along the river trails. 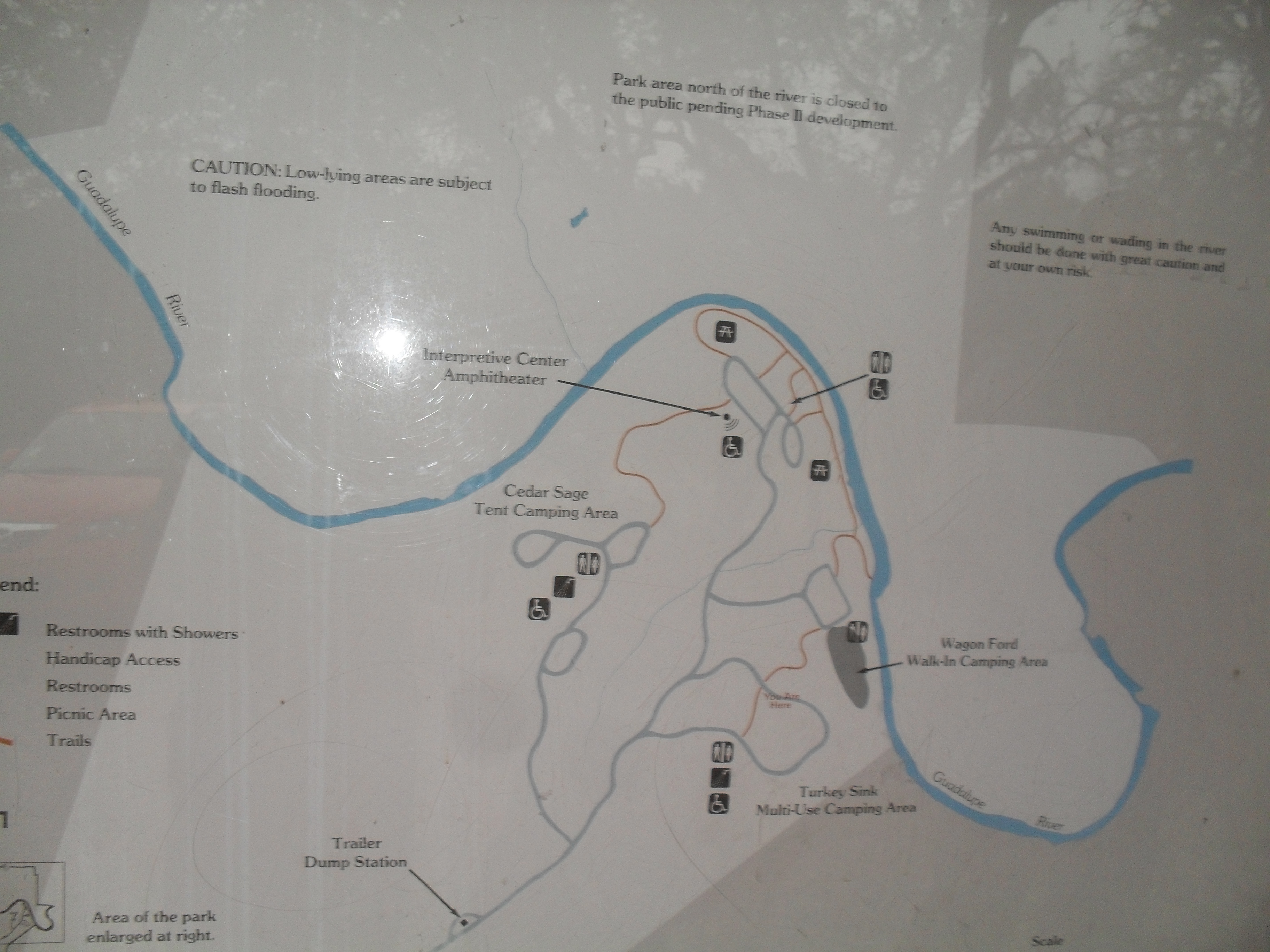 After a couple false starts we finally made it down to the river and could hear the water just before we came around the last twist in the trail.  The trail maps are very useful (if you read them correctly).  The campsites down here are tent camping/day use only.  Although deserted this time of year I could see how busy they would be in summertime.  It was nice having the trails to ourselves.  The boys could be boys without disturbing other hikers.

The river is especially beautiful this time of year even though the trees are missing their leaves.  The water is very placid and incredibly clear.

The nice thing about this section of the park is that there is ample parking for day use visitors.  The restrooms are close to the parking area and there are trash receptacles.
The hike along the river was the best part of the trip.  The normally bustling Guadalupe was quiet and peaceful.  The tubers you typically see in the summer months were absent and you could appreciate the beauty of the river. 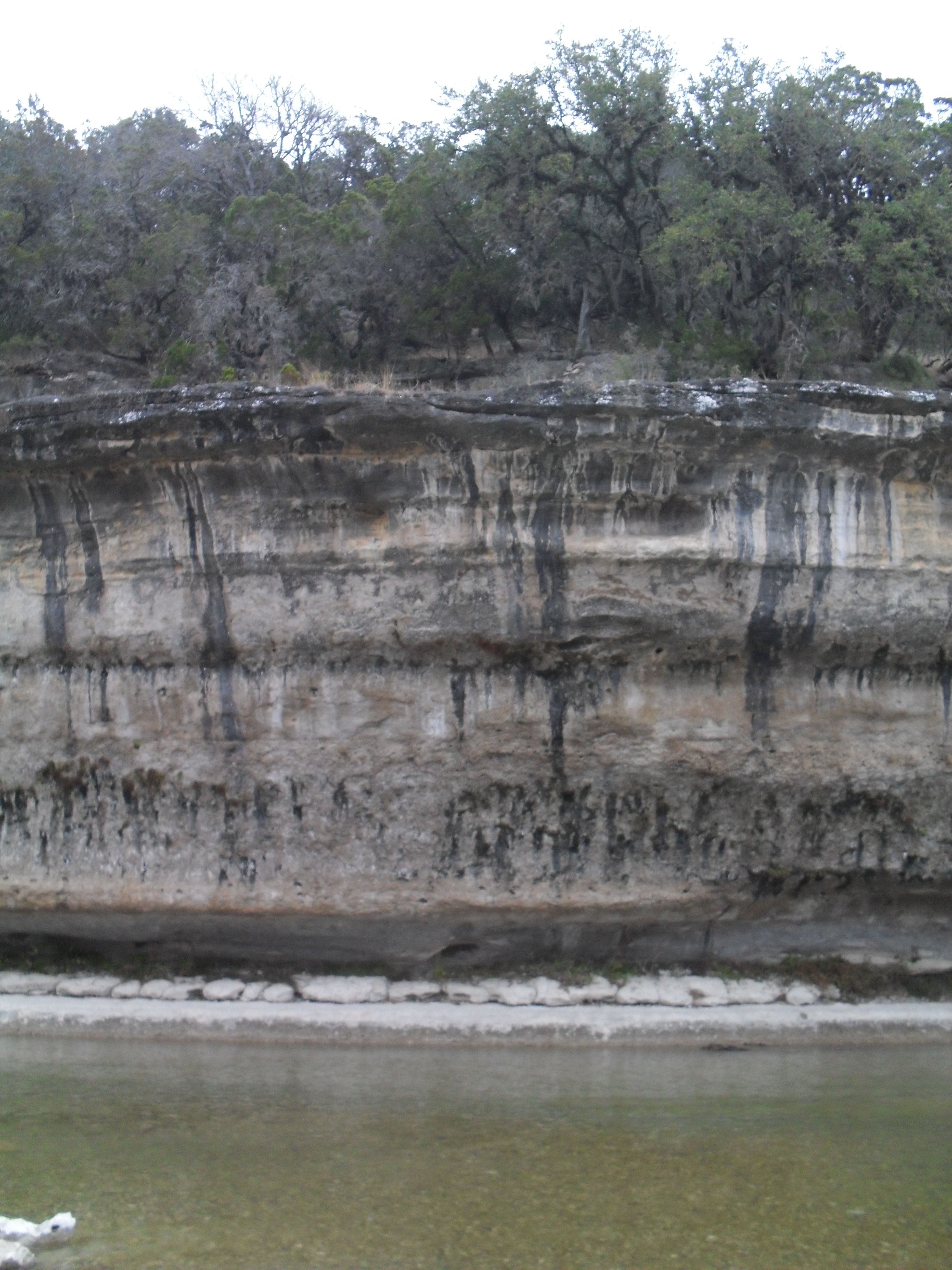 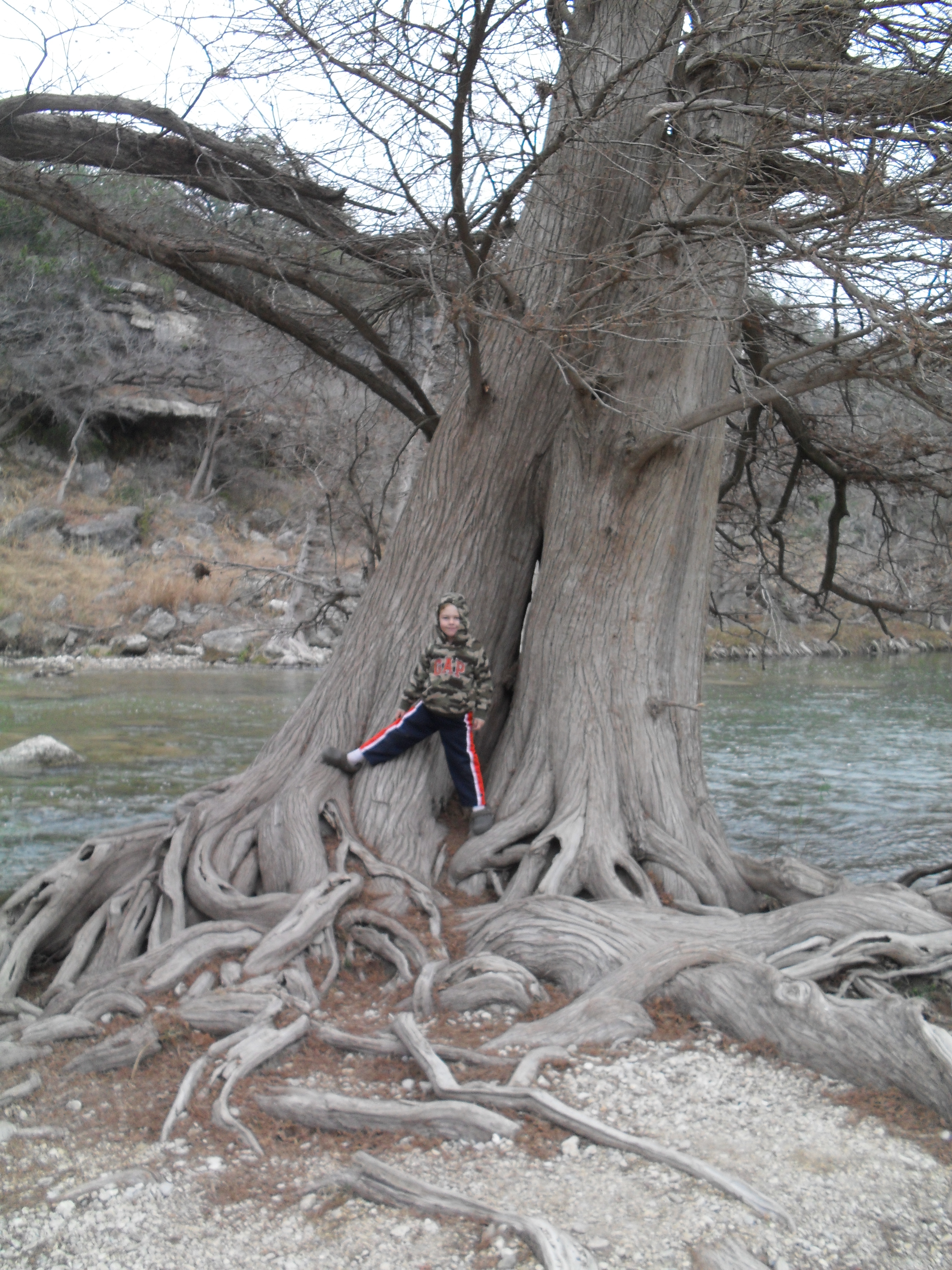